Coronavirus is spreading around the world but there are still no vaccines to protect the body against the disease it causes, covid-19.

Medical researchers are working hard to change that.

Why is a coronavirus vaccine important?

The virus spreads easily and the majority of the world’s population is still vulnerable to it. A vaccine would provide some protection by training people’s immune systems to fight the virus so they should not become sick.
This would allow lockdowns to be lifted more safety and social distancing to be relaxed. What sort of progress is being made?

Research is happening at breakneck speed. About 80 groups around the world are researching vaccines and some are now entering clinical trials.
The first human trial for vaccine was announced last month by scientists in Seattle. Unusually they are skipping any animal research to test its safety or effectiveness.
In oxford the first human trial in Europe has started with more than 800 recruits- half will receive the Covid-19 vaccine and the rest a control vaccine which protects against meningitis but not coronavirus.
Pharmaceutical giants sanofi and GSK  have teamed up to develop a vaccine
Australian scientists have begun injecting ferrets with two potential vaccines. It is the first comprehensive pre-clinical trial involving animals, and the researchers hope to test humans by the end of April.
However, no-one know how effective any of these vaccines will be.

When Will We Have a Coronavirus vaccine?

A Vaccine would normally take years if not decades to develop. Researchers hope to achieve the same amount of work in only a few months.
Most experts think a vaccine is likely to become available by mid-2021 about 12-18 months after the new virus, known officially as SARS-CoV-2 first emerged.
That would be a huge scientific feat and there are no guarantees it will work.
Four coronaviruses already circulate in human beings. They cause common cold symptoms and we don’t have vaccines for any of them. 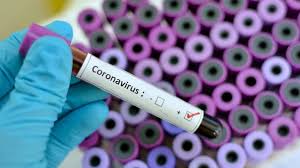 What Still Needs To be done?

Multiple research groups have designed potential vaccines however there is much more work to do.
#Trials need to show the vaccine is safe. It would not be useful if it caused more problems than the disease.
#Clinical trials will also need to show the vaccine provokes an immune response which would protect people from getting sick.
#A way of producing the vaccine on a huge scale must be developed for the billions of potential doses.
#Medicines regulators must approve it before it can be given.
#Finally there will be the huge logistical challenge of actually inoculating most of the world’s population

Lockdowns could make this process slower. If fewer people are infected, it will take longer to know whether a vaccine actually works.
The idea of giving people the vaccine and then deliberately infecting them would give quicker answers but is seen as too dangerous while there is known treatment. 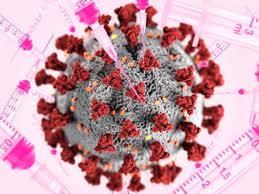 Would a vaccine protect people of all ages?

It will, almost inevitably, be less successful in older people, because aged immune systems do not respond as well to immunisation. We see this with the annual flu jab.
It may be possible to overcome this by either giving multiple doses or giving it alongside a chemical (called an adjuvant) that gives the immune system a boost.