While season 2 of Homecoming didn’t quite find its feet, season 1 hit the ground running. Julia Roberts stars in this psychological thriller about an army rehabilitation facility run by questionable owners. Using an effective, myster
y-building narrative that covers two timelines, Homecoming is high on tension and paranoia as it reveals what the facility’s true purpose is. Fun Fact:- The series uses the actual scores of movies from Alfred Hitchcock, Stanley Kubrick and more. 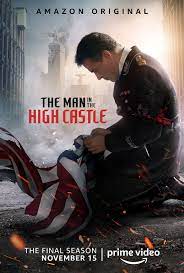 The man in the high castle imagines an alternate history where the Axis powers win World War II. Based on a novel, the series follows characters in the 60’s who live in a parallel universe, where Nazi Germany and the empire of Japan control the US. But there’s impossible newsreel footage surfacing of a world where Germany and Japan lose the war, causing some to rebel. To really hammer home its dystopia credentials, The Man in the High Castle is steered by producer Ridley Scott. Fully realized and with a focused plot, this is gripping TV. 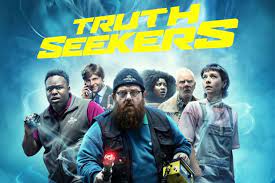 Longtime comedy pair Simon Pegg and Nick Frost hit the small screen with Truth Seekers, a surprisingly dark comedy with a sinister edge. Frost plays Gus, a paranormal investigator when he’s not working for Dave’s  broadband company taking assignments in creepy houses across the UK. The Ghost-a-week format turns into solving a larger conspiracy, with a few guest stars who’re clearly having a ball. It won’t top Pegg and Frost’s list of best projects, but it’s good fun, especially around Halloween. 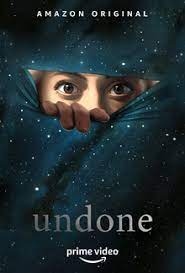 This unique series uses the Rotoscoping animation technique to tell the story of a young woman, after suffering a near-fatal car accident, discovers she can manipulate time. Intriguing, right? It gets better: Bob Odenkrik plays Alma’s dead father, who enlists help in investing his murder. Bending both time and space, Undone is surreal and beautifully existential for those looking for deep material. 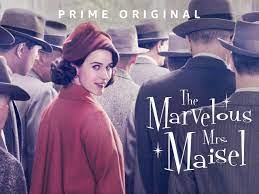 A 50’s housewife who become a standup comic? This brilliant series from Gilmore Girls creator Amy Sherman Palladino, is filled with sparkling performances from Rachel Brosnahan and Alex Borstein, with dialogue to match. Set in a vibrant and changing New York, our delightful heroine moonlights as a comedian, while doing her duties as un upper class Jewish American Housewife. With impressive visuals, warmth and Zingers, the Marvelous Mrs. Maisel is the full package.

If somehow the Fleabag train is passed by you, it’s time to let it hit you as its full, incredible force. Phoebe Waller Bridge writes and stars in the play-turned extraordinary comedy series. A 30-something woman who runs a café . Just about word-for-word perfect, with a fourth-wall breaking device, Fleabag does its best to both shock and devastate you, while being ridiculously funny. 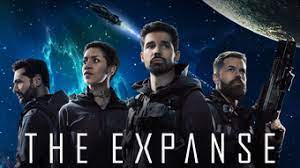 Amazon rescued The Expanse from the realm of canceled TV, bringing us a fifth season with a sixth to come. Thank goodness it did, because The Expanse is smart sci-fi with realistic characters, high production values and a dash of detective noir. Set in a future where humanity has colonized the Solar System, a conspiracy threatens to start a cold war between the largest powers. A band of antiheroes find themselves at the center.

The Boys stormed Amazon last year with its ultra-violent tale of antihero vigilantes seeking revenge against the world’s most beloved superheroes. But these heroes aren’t what they seem: Their corporate overloads cover up their shady personal lives. With social commentary black comedy and pops of gore, The Boys takes a thrilling and unapologetic step away from the family-friendly genre. 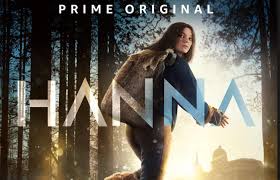 The premise of Hanna, a Joe Wright action thriller from 2011, is so good Amazon fleshed it out for a TV series. Starring Esme Creed-Miles as the skilled young assassin living in the Romanian wilderness, Hanna the TV show expands the teen’s backstory and explains why the CIA’s Marissa Wiegler has an obsession with capturing her. 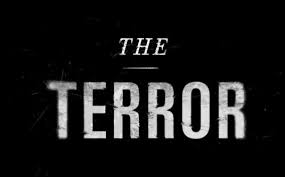 Not only does this horror anthology series feature Japanese Folklore and explorer heading into uncharted territory, but its first chapter stars pre-Chernobyl Jared Harris. He plays the caption of Arctic explorer ships that end up stuck in the ice. On top of the harsh conditions and cabin fever, an unknown presence in the mist stalks the crew. Strung with atmospheric dread, the terror is thrilling, prestige horror. The Terror is available on Prime Vedio in Australia and AMC in the US.