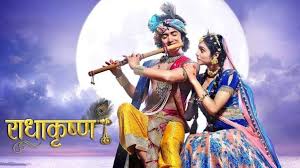 Mahadev tells Krishna that he send Gauri to him to find a solution, but he created more bustle. Krishna says the real bustle will start now. Ganpret and Nandi complain Mahadev that they saw a bustle while they were busy in Shravan mass celebration arrangements. They hear someone calling them and walk out. Bal Ganesh throws ice balls on them. They rejoice seeing him. Bal Ganesh continues throwing ice balls on them. Devi Gauri enters and asks them to prepare a fast for Bal Ganesh.

Nandi asks how can they as they need to make Shravan festival arrangements. She says she doesn’t want to hear anything and walk away. Nandi laughs and says there will more bustle during this festival. Krishna thinks there would definitely be. Gauri asks Bal Ganesh to stay at one place and goes to make arrangements for his food.

Ganesh enters Mahadev’s meditation room and picks his trishul. Mahadev asks him to keep it back as its dangerous. Ganesh says mother told everything here belongs to him. Mahadev says his mother is right but he shouldn’t touch the things whose energy he is unaware of. Ganesh gets adamant and says he knows its energy and will use them. Nandi noticing that fear Mahadev’s anger and brings Gauri along. Gauri requests Ganesh to return trishu if he needs the feast. Ganesh asks to prepare 1 extra type of Modak and returns trishul. Mahadev tells Gauri that her son is mischievous, remembering Krishna’s warning. Gauri says her son is innocent and mischief is his right. Mahadev thinks Krishna trapped him in his plan, visits Krishna and asks if he is enjoying trapping him in his plan and putting him in dilemma. Krishna says sister Parvati is responsible for it and she will get angry if she hears him calling Ganesh as dilemma, invites him for the feast. Mahadev says he was  busy till now and is tensed now. Krishna suggests him to not organize Shravan mass festival and he will not rest for a night.

Mahadev says he will not and will perform his duty. Krishna says as he wishes. Mahadev thinks he will trap Krishna in his own plan. Krishna thinks he knows a solution to Mahdev’s plan. 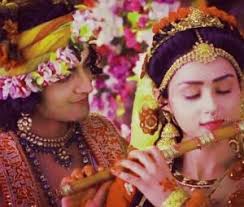