Winter clothing are clothes used for protection against the particularly cold weather of winter. Often they have a good water resistance, consist of multiple layers t protect and insulate against low temperatures. 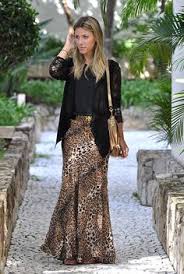 Animal print is a clothing and fashion style in which the garment is made to resemble the pattern of the skin and fur of an animal such as a leopard, cheetah, zebra, tiger, spotted hyena, striped hyena, African wild dog, giraffe or monkey. Animal print prowled over an astonishing amount of runways across NYC, London, Milan and Paris like a Noah’s ark for only the chicest passengers. Leopard- print coats  and leopard- print shoes will undoubtedly be the two most prevalent ways this trend presents itself in fashion, but there’s an abundance of snake and python patterns, Zebra, cheetah, faux-croc some of which come in classic, neutral tones, but there are more wild and wonderful multicolored versions out there too. 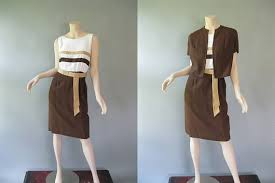 As it’s recommended to wear dark color clothes during winter as they give us warmth brown Is perfect for this we are well not obtuse when we say that brown is the new black. Less harsh than black, shades of brown are big news this season, following summer's preoccupation with its lighter counterpart, terracotta. The autumnal hue dominated the catwalks this season, with brands including Chloé, Fendi, Rochas, Tod's and Jacquemus creating pieces for autumn/winter 2018. 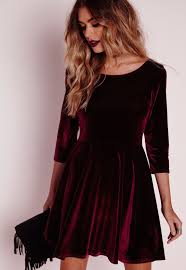 Its there one thing you’re definitely going to see a lot of on A-listers “insta feeds”, its legs and super elaborate party dresses. They are basically going to party like its 1989, which means satin , silk, velvet etc. with matching accessories like sunglasses, gloves, purse etc. which just gives it the look of Christmas party. 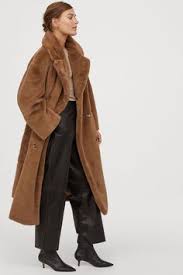 From a new way to fasten your old scarf and trench coat together to a shirtdress-and-trouser formula that looks insanely elegant here are some new hacks lile ROLLNECK+PRETTY DRESS,DENIM JACKET+WOOLCOAT,GIANT SCARF BELTED INTO TRENCH COAT. 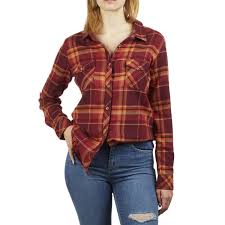 From punky tartan blouses at LFW through to preppy plaid suiting in New York, there's some stiff competition for animal prints ruling the kingdom this season, and it comes in almost any form of checked fabric. Given that we're based in London, we're naturally into the more rock 'n' roll vibes you'll see at the likes of Versace and Isa Arfen (100% yes to a tartan blouse with jeans), but there are plenty of smart and natty wears to wear this trend for more formal occasions and within the office.

Posted by thebestlifestyleblog at 9:32 AM No comments:

Email ThisBlogThis!Share to TwitterShare to FacebookShare to Pinterest
Labels: Some winter Outfits for WINTER

After flipping the tens months of our calendar we're there with the month of Diwali...Since, making infinite turns to buy what you exactly need would be a risky affair this year.

So let me save your some time before you still can't decide what to wear..an informative guide on putting together an immaculate outfit just perfect for the "PATAKA" look..

Effortlessly chic with the correct blend of ethnic and western, the Kurti Dress has been a blessing for all those of us who want to retain our roots but refuse to deviate from comfort.

For an additional dash of hipster, throw in a pair of white sneakers into the mix and you are all set to win rounds and hearts in equal measure at your next card party. 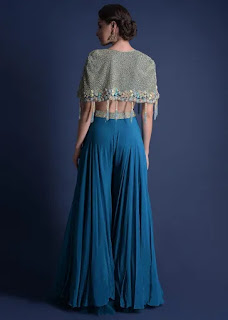 Custom made for the woman of today, this perennial pair is sure to grab some enticed eyeballs.

Couple an embellished crop top that accentuates your midriff with a flowy palazzo for an extra dose of trend. 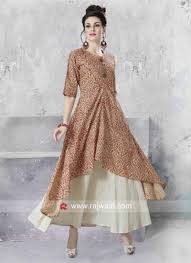 This Diwali, throw uniformity to the wind and let asymmetrical Kurtis dominate your festive look.

With a plethora of options to choose from, the asymmetrical look adds a whole lot of quirk to your outfit makes space for you to stand out with poise and class.

Long or short the basic V-shaped or entirely eccentric, pair your incongurently shaped kurti with a pair of pastel palazzo or straight cut cigarette pants and accessorize with some classic kolhapuris to reach the top. 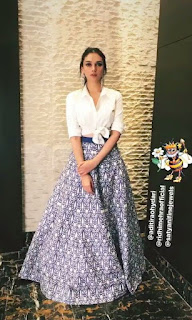 It's time for you to try a cool top or shirt with a lehnga. Lehnga with Shirt top combination proffer comfort and style like nothing else.

A simple and solid lehnga with a top in a stubble color can be complemented with just a  choker necklace and a clutch. 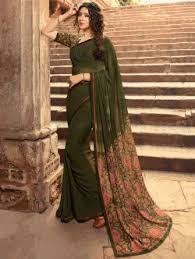 it is very important to wear traditional outfits for Diwali. Nothing can be better than a Saree. Go for the floral Saree on the basis for your Diwali poojas.

Posted by thebestlifestyleblog at 10:51 PM No comments:

Email ThisBlogThis!Share to TwitterShare to FacebookShare to Pinterest
Labels: 5 Diwali Outfit Ideas 2020, Diwali outfits, Trending Diwali outfits, What is to be weared this diwali?

Dussehra is an auspicious occasion for everyone in India. People observe this festival with great fervor. On the 10th day of Navratri, Dussehra is celebrated by setting the Ravana’s effigies ablaze at night. It is also an age-old tradition to eat sweets on the day as having certain delicacies on Dussehra is considered lucky. Dussehra marks the end of Navratri and the victory of good over evil. On this Dussehra, you can keep a few messages and quotes handy to send to your dear ones. 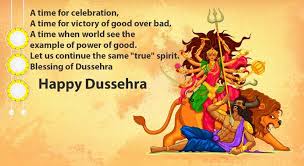 A time for celebration,

A time for victory of good over bad,

A time when word see the example of good. 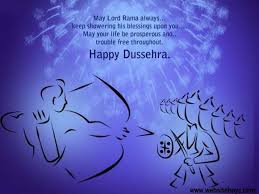 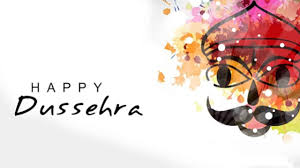 “I hope that real love and truth are stronger in the end than any evil or misfortune in the world.”

“Don’t kill, but conquer the Ravana in you.”

“I learned that courage was not the absence of fear, but the triumph over it. The brave man is not he who does not feel afraid, but he who conquers that fear.”

“Good must triumph over evil. It usually does in life and in any case it’s bad for young people to believe it doesn’t.”

“Shooting arrows at the multiple heads never kills the problem, one head replaces another, killing it will take just one focused shot at the heart of the problem.”

“There is no denying that there is evil in this world but the light will always conquer the darkness.”

“When I despair, I remember that all through history the way of truth and love has always won.”- Mahatma Gandhi

“The important thing is to teach a child that good can always triumph over evil.”

“As a parent, I want my kids to have an optimistic outlook, and one that has hope, and that makes sense, where good does triumph over evil and it’s not cynical, and it’s not snarky.”

“Light can devour the darkness but darkness cannot consume the light.”

Choosing your Instagram username is a very important yet difficult choice! It is the first decision you will make when you will join INSTAGRAM....it's what will define your account, and it is what people will use to search for you. 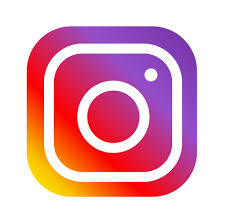 In this article, we'll cover how to choose the best Instagram usernames, so that you won't ever want to change it! Although Instagram makes it very easy to change your username if you feel the need in future.

Also a good username could make all the differences to the growth of your account.

Your username must be:-

# Easy to remember:- People will type it in search for you, so make sure it is as simple as possible and easy to spell. 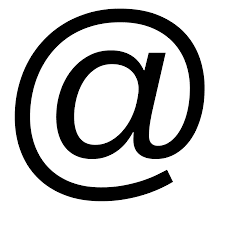 # Clean:- Do not fill your username with random numbers or underscores,the neater it looks in your bio the better.

# Iconic:- Your Instagram username shall have a unique and recognizable icon sweet and short is the best.

@ TIPSFORYOU --- DON'T USE USERNAMES LIKE FOOD OR LOVE AS THESE HAVE BEEN ALREADY TAKEN COMBINE TWO WORDS LIKE @YOUTHFOOD or @FOODBOOK.

Well before you choose your username you must ensure what you are going to post on your account.

If its a personal account where you're just going to share your pictures with your friends and family then it is highly recommended to choose your name. 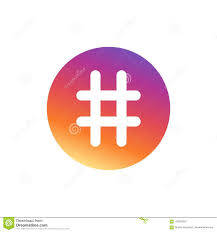 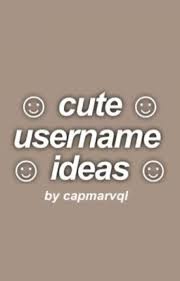 Posted by thebestlifestyleblog at 9:42 AM No comments:

Aloe vera is good not just for inflammation and rashes and dry skin but also for pigmentation. It is a remedy for it all. If you have small black spots on your skin then it is due to excessive amounts of melanin. 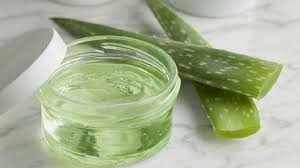 Yes, due to the cell called melanocytes, the colour of the skin changes to a dark brown or black. Melanocytes are produced due to molanocytes, so the skin gets its own colour. On the other hand, when melanocytes are damaged or they become unhygienic or produce excessive amounts of melanin, then the skin starts turning black and appear in the form of pigmentation on the face. This could happen due to several reasons like:

Every woman has a desire to get a good skin. But nowadays,  we women are unable to take care of it due to several reasons starting with our hectic lifestyles, pollution, negligence and stress. This inturn leads to many skin problems like pimples, acne, hyper pigmentation, blackheads etc. This effects our confidence when it comes to the way we look, we accept it or not is another debate altogether. 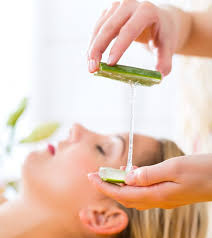 As an answer to this, we have an ingredient which is easily available in the market or can be grown in our gardens, and that is aloe vera. This plant is a solution to many problems.

Posted by thebestlifestyleblog at 9:48 AM No comments:

Does hair and nails need food to grow?

Does hair and nails need food to grow?

Well yes. No doubt you know that eating healthy is good for you in a plethora of ways---- it can decrease your risk of disease, improve your immune system, increase your energy levels and even affect your sleeping habits. But did you know certain foods can improve the way you look, too? Read on to find out which nutrients will give your hair and nails extra luster, strength and shine. 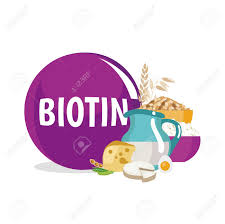 Biotin can improve hair that is splitting or thinking as well as strengthen weakened nails. Taken with zinc and the corticosteroid clobetasol propionate, biotin has even been used to treat alopecia an autoimmune skin disease marked by the loss of hair. “A deficiency in biotin may result in brittle hair or even hair loss.” 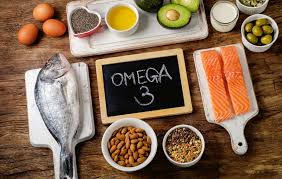 To get shinier hair introduce more Omega-3 into your diet which “ help support scalp health and may give your locks extra luster and shine”. The three active ingredients----alpha-linolenic acid are all essential fatty acids and are important components of the stratum corneum, which is the outermost layer of the epidermis that contains keratin and has water-holding capabilities. Deficiency in essential fatty acids can result in dry scalp or dandruff. 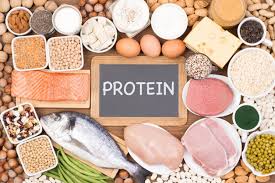 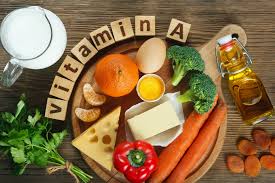 Vitamin A helps produce a conditioning substance for the scalp known as sebum which keeps hair looking and feeling healthy. 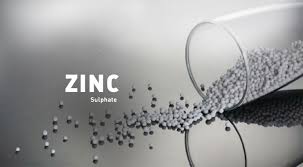 Zinc is another nutrient active in helping the immune system function properly. Zinc is a component of hundreds of enzymes in the body some of which regulate the body’s ability blocks of healthy hair and nails.

Posted by thebestlifestyleblog at 3:15 AM No comments: